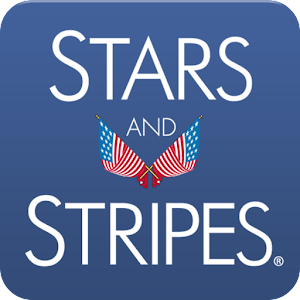 The Stars and Stripes news app for Android phones offers important and breaking news on everything from U.S. military successes and setbacks to defense spending cuts, troop withdrawals, veterans’ issues and even the latest DoDEA sports. Stars and Stripes covers the U.S. military like no other news organization. Get the “military beat” from the service members’ viewpoint and from a trusted source: Stars and Stripes, the U.S. military news you need, when you want it, from all over the world. Stripes delivers instant access to the U.S. military news and information that matters the most. If you have an interest in overseas military action, the people who serve, veterans news and what leadership is planning and saying, this app is definitely for you.
Features: * Unique reporting from Stars and Stripes journalists located around the world and embedded with our troops. * Engaging images captured by Stripes photojournalists. * Ten categories of content that spans the globe, from Veterans to the latest from the Pentagon, Europe and Pacific to the latest action in Afghanistan. * Tools to share news with friends and family. * Local weather, no matter where in the world you find yourself. * Stars and Stripes' insight – unlike any other independent source for U.S. military news.
** Have questions or suggestions? Please contact us at [email protected] **
An Independent Perspective News apps may be a dime a dozen – but an app from the only news media organization inside the U.S. Department of Defense that enjoys First Amendment privileges is a different story. Other DoD media report only what the government says – only Stars and Stripes reports on military issues and events from an independent perspective, relying on multiple sources, not just the command’s point of view. Stars and Stripes reports from a “boots on the ground” perspective in over a dozen countries, from Europe to southwest Asia to the Far East. 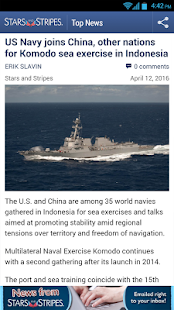 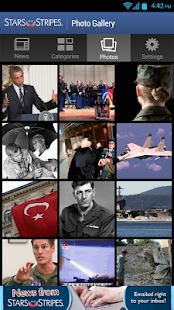 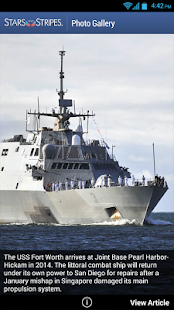