Turn your phone or tablet into an air traffic radar and see planes around the world move in real-time on a detailed map. Or point your Android device at a plane in the sky to find out where it’s going and more. Discover today why millions are already using Flightradar24 - Flight Tracker.Features that have helped make Flightradar24 - Flight Tracker the #1 selling app in 100+ countries and the #1 Travel app in 140+ countries (United States, France, United Kingdom, Germany and more) include: * Watch planes move in real-time on detailed map* Identify planes flying overhead by simply pointing your device at the sky (the augmented reality view requires rear camera, accelerometer & magnetic sensor)* Experience what the pilot of a an aircraft sees in real-time and in 3D* Tap on a plane for comprehensive flight and aircraft information such as route, estimated time of arrival, actual time of departure, aircraft type, speed, altitude, and high-resolution picture* Easy to search for individual flights using flight number, airport, or airline* Easy to filter by airline, aircraft, altitude, speed, and more* Easy to set bookmarks to enable quick navigation to areas of interest* Turn the device into the arrivals and departures board of any major airport and get real-time status updates for flights plus current airport weather conditions (in-app purchase)* Realistic aircraft symbols (in-app purchase)* Set up custom alerts based on airline, aircraft type, flight number or registration (in-app purchase)
HOW IT WORKSMost aircraft are equipped with so called ADS-B transponders that transmit positional data. Flightradar24 has a rapidly growing network of several thousand ground stations around the world to receive this data that then shows up as aircraft moving on a map in the app. In an expanding number of regions Flightradar24, with the help of multilateration, is able to calculate the positions of aircraft that don’t have ADS-B transponders.
Traditional radar data is also used in the app thanks to a direct feed from the US Federal Aviation Administration (FAA).
http://www.flightradar24.com/how-it-works
***IMPORTANT NOTICES***Minimum required screen resolution is 320x480px.
If you are only interested in tracking air traffic in a specific region, we suggest that you check Flightradar24.com BEFORE purchasing the app. Flightradar24 provides unrivaled positional aircraft data coverage around the world but there are areas where we don’t have coverage.
Overview of coverage as of January 2016:* Europe: close to 100%* North America: 100% of US and Canada via slightly delayed radar data. Real-time coverage for most of US, Canada and Mexico for ADS-B equipped aircraft* South America: Substantial coverage in most countries including Argentina, Bolivia, Brazil, Chile, Colombia, Ecuador and Venezuela.* Asia: Substantial coverage in most major Asian countries including Japan, India, Indonesia, South Korea, Thailand, UAE, Malaysia, Taiwan and many other countries. Rapidly expanding coverage in China * Oceania: Nearly complete coverage in Australia and New Zealand* Africa: Substantial coverage in Africa with coverage expanding all the time.
Find out how you can help:http://www.flightradar24.com/increase-coverage
Coverage is subject to change at any time.
HELP & SUPPORTforum.flightradar24.com/threads/89-Important-Read-this-before-you-ask-questionsflightradar24.com/contact-us.
DISCLAIMERThe use of this app is strictly limited to entertainment purposes. This specifically excludes activities that might endanger yourself or the lives of others. Under no circumstances will the developer of this app be held responsible for incidents resulting from the use of the data or its interpretation or its use contrary to this agreement. We reserve the right to anonymously track and report a user's activity inside of app. 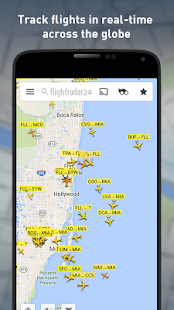 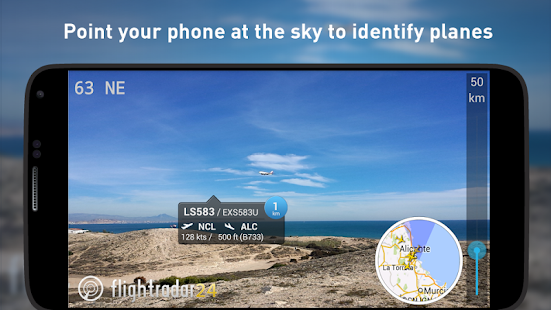 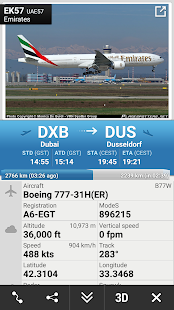 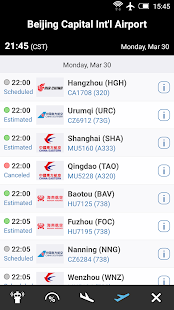 In this release we fixed the flightpaths for estimated flights and updated airline logos.