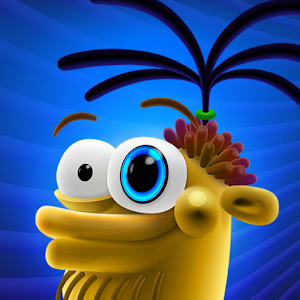 Lead caveman Boggo in the prehistoric world full of adventures. Caveman Boggo's adventure is a classic platformer - jump and run game, where Boggo has to jump, run and defeat his enemies, in order to survive in the stone age environment. Although dwelling in the stone age caves, the world around Caveman Boggo seems to have evolved and modernized. The enemies, as well as helping objects, became civilized too. Dancing gigantic dinosaurs, guitar playing turtles, cactuses or gigantic worms, these are a small selection of creatures, living in the prehistoric environment of caveman Boggo. In order to master the challenges in this classic 2D platformer, brought by the civilized world, the Neanderthal Boggo has to jump and run, penetrate platforms, overcome multiple obstacles, and defeat complex enemies. Destroy the obstacles, and in stone age dwelling enemies, including dinosaurs, giant flies and insects, worms, climb on snakes, avoid touching spikes, jump on wood platforms, Hot Dogs and mushrooms, run fast and carefully, travel around in the forests with huge plants, caves and meadows of the overwhelming, modernized, prehistoric world of cavemen Boggo.The cave dweller does not have to explore the dangerous civilized world alone. He always carries his vegetable weapons with him, which help him to clear all the obstacles and master his challenges. Carrots, Potatoes, Tomatoes or Broccoli, the veggie weapons are always accompanying the troglodyte. His strong belief in the finger god gives the Neanderthal the power to manipulate and modify most of the objects and enemies, using his finger, as well as activate some weapons, and prove himself in the dangerous prehistoric world. Use your fingers to destroy or displace the objects, paralyze or damage your enemies, to unleash powerful attacks, as well as to charge yourself and obtain extra health points.
What makes Caveman Boggo unique?
Caveman Boggo is a 2d Action Platformer game, offering all features which you are used to from other Platformer games. In contrast to other Jump'n'Run games, it offers a new feature "Nudge". Touch your enemies, and some dynamic objects, using your finger, and you will see how they change. Nudge Boggo and obtain temporary health points, which make it easier to survive in the wilderness. The game offers furthermore a huge selection of veggie weapons, which can be found inside the game or can be bought by fruit coins which you can collect while playing.
The game is free to play. It does not require any payments in order to finish the levels. The game offers in App purchases though, which improve the user experience.
Overview
- enchanting full HD graphic- 18 huge, prehistoric levels for jumping, running and exploration- over 10 complex enemies with AI, including dancing dinosaurs, music playing turtles and much more- over 30 dynamic objects and power ups- 7 different vegetable weapons + 2 finger weapons- penetrable platforms in stone age environment- high variety of levels, including exploration, jumping, labyrinth and arena levels- breath taking adventures- complex final challenges- the nudge feature- multiple hours of gameplay and fun
Caveman Boggo's Adventure is optimized for multiple devices, but it is recommended to play it on high performance devices in order to achieve best possible user experience.
Follow us on Twitter and like us on Facebook to always receive status updates and notifications about game updates: https://twitter.com/MorieliGameshttps://www.facebook.com/morieligames/
Don't forget that only the strongest, cleverest and the most skilled ones will survive in the wilderness. Be strong, be fast and thoughtful and you have nothing to fear! 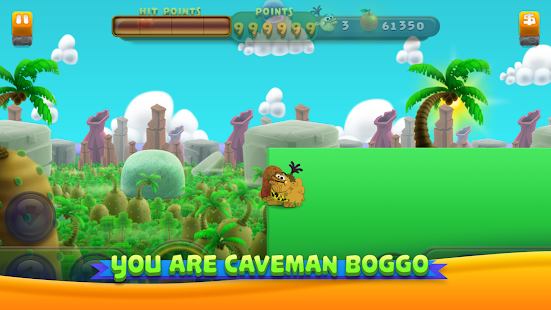 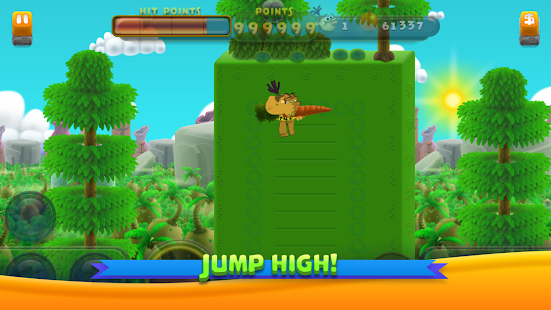 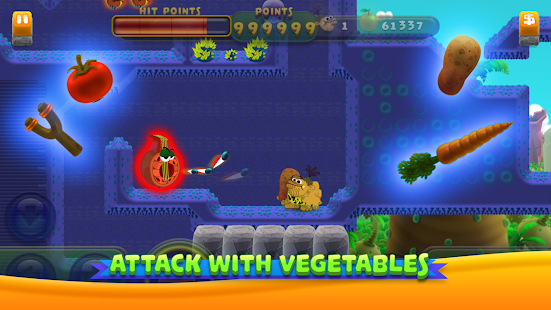 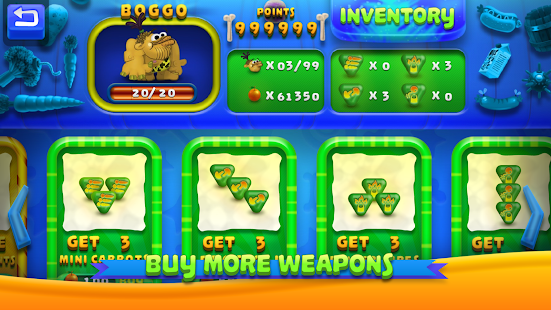