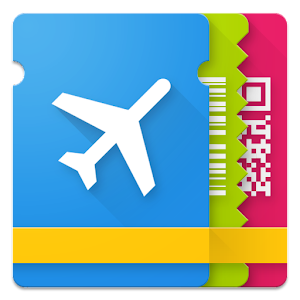 PassAndroid Passes for AndroidWhat is it?========
This app is a viewer for passes - a pass could be a e.g. boarding-pass for your next flight, a coupon for a nice hot beverage on the destination, a movie ticket, a membership card - there are a lot of possibilities. Basically it is a replacement for a piece of paper or plastic you would normally have to carry with you - so lets save some trees and reduce waste!Also this app is Free-Software - Free not only as in "Free Beer" - but more as in Richard Stallmans Concept of Free and Open Software for a better World.
How does it work?==============
There are so called espass or pkpass files - you can open them with this app - e.g. when you receive them via email or get an Download-option. The most important content is the BarCode ( QR , AZTEC & PDF417which authorizes you most of the time - but it also has other interesting content like a description - often a time ( that you now can add to your calendar ) - often also locations ( to give you directions ) - just try It out!The app is offline usable once you downloaded the pass!
History=====
I stumbled upon Passbook files when i received my ticket for the 29c3 - I liked the Idea - but there was no Android App which was working for me. I saw that the implementation is quite easy ( just a zip container with json and images ) - The first version was build very quick & was working for me ( got entry to 29C3 ) - In the following year I have not worked on this app much as I had no real use-cases but there where a lot of users downloading the app and I fixed processing of some passes that where send to me ( some passes contain really broken json .. )One year later - just before the 30C3 - I came to work a bit on this app again - for 2 reasons: - a friend of mine is very into this whole BTLE thing and location beacon / context aware thing could be interesting for Passbook - but nothing ready yet - I got a mail from a Luis Torrecilla - a very nice designer who did a great redesignThis all was leading to PassAndroid - a completely new version - with a new look and new functions ( sorting and adding to calendar alongside pull to refresh a navigation drawer and contextual ActionBar menu )
Passes that work=============
Air BerlinAir CanadaAir EuropaCzech AirlinesBrussels AirlinesCineworld in Middlesborough UKCinecitta in NurembergCineplex-KinosCathay PacificEmirates airlinesEventimEurowingsLufthansaGerman WingsIberiaSwissAustrian Airlines ( http://www.austrian.com/ )Virgin AustraliaVirgin Atlanticcleartrip ( tested with IRCTC - Indian Railway )Porter Airlines ( tested in North America ) TAM Airlines TUI-FlyNorwegian AirlinesLAN PeruQantasSaudi Arabian Airlines entrada cine ( entradas.com )Empire Theatres Ticketsowl ticket Kinépolis
UCI KinoweltKinepolis cinemas in Belgiumrenfechaos communication congresschaos communication campTAP (Portugal)
these are only some I know of - please drop me an email or post into the community about the ones you know that work﻿
More info about espass: http://espass.it
Source Code / Issues==================
both on github:
https://github.com/ligi/PassAndroid/
License ======
GPLv3 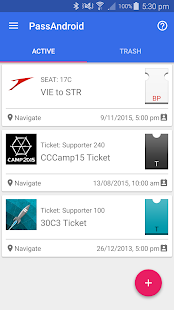 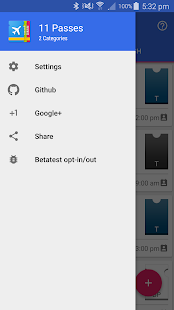 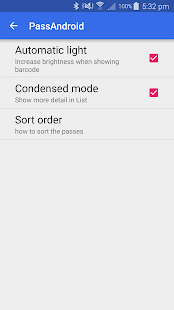 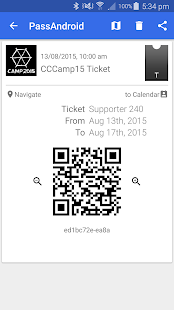