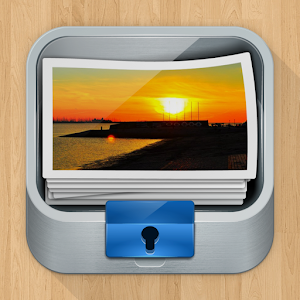 ✔Don’t risk your private photo albums, secret videos or secure files being deleted or seen when people use your device! Join the millions of people who trust their personal files to Keepsafe: the highest rated photo locker app.✔Keepsafe is a photo locker app that lets you hide and lock personal pictures and photo albums or secret videos behind multiple layers of security. Keepsafe is also useful for freeing up space on your device by storing your photos and videos in your secure Private Cloud.Keepsafe Photo Locker Features:• Everything behind a lock - Your photos are secured via a PIN, pattern or your fingerprint.• Sync photos or videos - Your encrypted Private Cloud securely syncs your photos, albums and videos across all your devices.• Back up photos or videos for easy recovery - Fear not if your phone is lost, stolen or damaged!• Face-down auto lock - In a tight situation? Have Keepsafe lock itself when your device faces downward.• Safe Send photo sharing - Share private photos with confidence: control how long the recipient sees your photo -- photos disappear 20 seconds after they are received.• Keepsafe also doesn’t show up in your recently used apps list!Install Keepsafe basic to get free secure Private Cloud storage and also receive a free test drive of Keepsafe premium!Keepsafe premium is an extra layer of security and peace of mind that not only keeps your private photo albums and secret videos safe from prying eyes, but also provides you with additional cloud storage for your photos to free up even more space on your device.Keepsafe Premium Features:Customizable Photo Albums• Personally choose which cover photo appears for what album.• Set an additional password for individual albums: great for shared accessFake PIN• Create a 2nd, fake PIN that you can use when someone asks you for your real PIN, which opens a decoy Keepsafe photo vault.Secret Door• Disguises Keepsafe to look like an inconspicuous app when intruders open Keepsafe.• Only you know the secret method to reveal the lock screen and open your Keepsafe photo vault to view your private pictures.Break-in Alerts• Keepsafe captures a photo, timestamp and PIN entered by all would-be intruders.PIN Timeout• Keepsafe locks itself 30 seconds after closing, instead of immediately.Custom Themes• Customize the look of your Keepsafe.Just look through your phone’s photo gallery and tap photos or videos to import into your Keepsafe photo vault. Once imported, you can delete your photos from your phone’s public photo gallery and still view them in your Keepsafe photo vault.FAQs:
Q: Can I take my pictures out of Keepsafe?A: Yes - you can easily export photos from Keepsafe with just a couple of taps.Q: Where are my photos after I unhide them?A: After unhiding them, your pictures will be in a photo album labeled "public."Q: Is this like applying a lock on your photo album?A: Not quite, Keepsafe encrypts everything and backs up your data to ensure only you can see it and retrieve it.Q: I forgot my PIN or passwordA: Open Keepsafe & long-press on the Keepsafe logo to reset your PIN.Q: Does Keepsafe support .wmv video playback?A: No, Keepsafe does not support .wmv videos.Q: Why are there ads?A: Keepsafe Premium is ad-free. We’re able to offer Keepsafe Basic for free by support from ads.For more questions or comments, email: [email protected]:http://support.getkeepsafe.comTerms of Service: https://www.getkeepsafe.com/privacy.html#termsPrivacy Policy:https://www.getkeepsafe.com/privacy.html
Read more 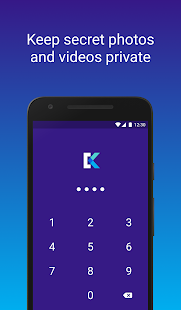 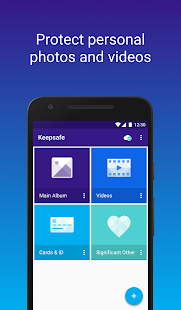 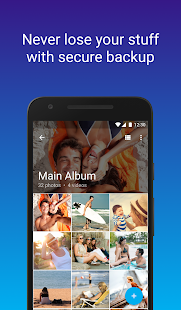 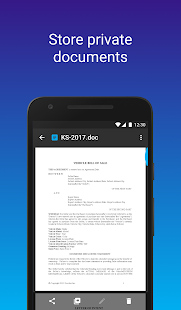