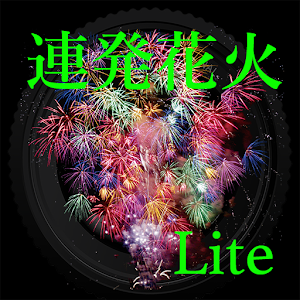 Android version appeared!Features of the appIf you would like to be able to shoot a beautiful fireworks photo to professional-lookingSpecifically commentary single fireworks, fireworks barrage, the three techniques of multiple exposure fireworks shooting to use the black fanLapse commentary three shooting timing easy to understand with a photo
Recommended for TravellersI wanted to take pretty pictures but have purchased a single-lens reflex camera is a camera capture memo recommended for those who suffer and I wonder should I take why "for the first time of the fireworks shooting". In this app we are taught how to leave to photograph the fireworks is a summer tradition in the quality of professional-looking.Even though the fireworks and bite "willow" and "Star Mine", such as "Kikusaki", there are a lot of types. Light and timing differences that emits each, apart also imaging method. In so app, it introduces the specific imaging method of the "one-shot fireworks", "volley fireworks," "multiple exposure fireworks shooting to use the black fan".Since such as the timing of the shooting also has easy-to-understand explanations while using time-lapse photography, do not worry even for beginners.Photo debut first from fireworks. Why do not you leave to photograph the impression of fireworks go up in the night sky of summer!
● Table of Contents[Photographic Equipment]
[Image Stabilizer SettingsAt the time of use a tripod, please to OFF. Since there is a case it would shake will be malfunctioning attempt to compensate Be careful.
[M mode BULB]Another feature of the M-mode, there is a valve shooting.The valve shooting, the photographer will continue to open the shutter while you hold down the shutter button.Or if you want to open the shutter for 30 seconds or more, it is a useful feature if you want to adjust the length of the tail of the fireworks. To do bulb exposures, set the shutter speed to [BULB]. [BULB] is displayed by turning the dial in the direction of further increasing the number of [30 "].In addition, in order to press and hold the shutter button on the camera body by hand image it is easy to shake, when the bulb shooting, use a tripod and shutter release button.
[Single-shot fireworks]Launch pad and leave with its assuming the space and the direction in which the fireworks go up from (focus position) camera (tripod fixed).Fireworks rises, is a way to wait for the fireworks is coming in its framing.Because of course during exposure in a normal single-lens reflex camera is not visible to the finder, let's grasp of how well you shoot any range of the night sky.This method is one-off of fireworks and, also perhaps the basis of all of the fireworks shooting that can be used on the basis of the Almighty in the StarMine and water products.
[Barrage fireworks]The fireworks have barrage products such as Star Mine is a protagonist of the program.A lot of fireworks, how to put on one of the photos, how to take a case to put only one is the same, and the longer the little shutter speed.While the shutter is open, it is a multiple of fireworks may hopefully shooting. However, you will need to shoot while weighing the timing to see the fireworks aware because not always so good timing fireworks beat up.Barrage Unlike the launch single-shot of fireworks, such as fireworks, in a very large barrage fireworks firing ball number is within a certain period of time, it becomes in a moment overexposure fireworks each other, which overlap in the screen.Exposure time in the launch barrage fireworks will be relatively short and about 2 to 5 seconds.
[Multiple exposure fireworks shooting]The "black painted fan and the light-shielding paper" in accordance with the timing of the fireworks held up in front of the lens you use like a shutter. You can cut the do not want to copy to not become over-exposed This way fireworks. 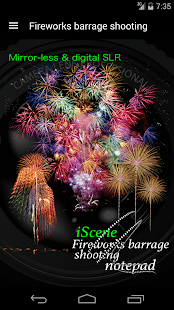 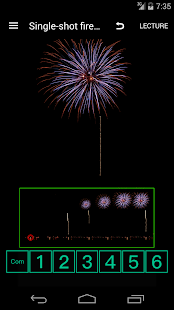 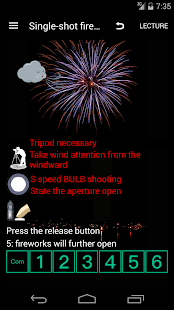 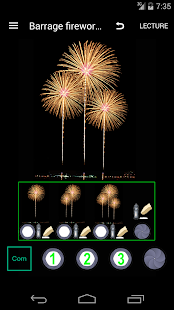