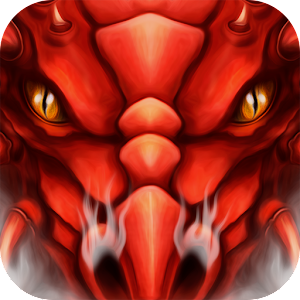 Rain down fire from above as an all mighty Dragon! Join an age old battle between beast and man as you face off against Orcs, Humans, and legendary monsters from mythology! Recruit, raise, and customize your dragons, destroy castles and villages, collect treasure, and battle for your life against fierce bosses like the undead Bone Dragon!Download the Ultimate Dragon Simulator today while it's 50% OFF for a very limited time!
Brand New FeaturesREALISTIC SIMULATORYou'll need to maintain your health, hunger, thirst, and energy while ruling over your dragon’s kingdom!
ENDLESS DESTRUCTIONScorch the earth with your searing flames! Burn down fully destructible villages, outposts, and even entire kingdoms!
DEADLY BOSS BATTLESTest your skills against FIVE thrilling boss battles! A massive serpent is hiding beneath the sparkling waters of the Sky Islands, the mighty phoenix is said to protect the lava filled caverns of the Lava Land, and other dangers are waiting for you!
ELEMENTAL POWERSChoose your dragons element as you level up! Three unique elements each with 4 upgradable powers! Become a Fire Dragon and summon flaming meteors from the sky, freeze your enemies in crystal prisons as an Ice Dragon, or vaporize your foes as an all mighty Storm Dragon!
COLLECT TREASUREYou dragons need for gold is never satisfied! Steal gems, jewelry, silver, and gold from your enemies and stock pile it in your lair!
BUILD YOUR BROODDominate other dragons and recruit them to your brood! Customize and play as any Dragon in your brood and create a powerful family of predators!
HATCH DRAGON EGGSBreed baby whelps that will grow into powerful members of your brood! Care for you eggs while they are hatching and then play as your new baby dragon!
CUSTOMIZE YOUR DRAGONSChoose your dragon's name, gender, colors, and even add accessories like horns and armor!
LEVEL UP YOUR DRAGONSGain experience by defeating dangerous enemies, destroying buildings, and completing missions! Level up your dragons to increase their health and attack damage, earn points to upgrade your dragon’s stats, and increase the size of your brood!
EARN STAT POINTSStat Points can be used to provide bonus’s to traits like Health, Critical Attack Chance, Run Speed, and much more!
UPGRADEABLE BUFFSBuff Points can be used to upgrade your Roar and Snarl Buffs, which create temporary Stat Boosting auras around your dragon when active!
RAGDOLL PHYSICSYour prey now realistically dangles from your claws as you carry them!
DYNAMIC WEATHER AND DAY/NIGHT CYCLEProcedural weather system with unique storms, clouds, sunrise, sunset and celestial movement!
MASSIVE REALISTIC 3D ENVIRONMENTRule over a world so big we created three unique lairs for your dragons to live in!
UNIQUE ENEMIES AND PREYHunt down creatures like sheep, goats, wolves, deer, orcs, stone monsters, wyverns, drakes, orcs, knights, archers, guards, and tasty villagers!
OPTIONAL BLOOD EFFECTSIf you are of age or have your parents permission, turn on the BRAND NEW blood effects for added combat ferocity!
GLUTEN-FREE PROMISEWith all of our games you will always get the full game with no ads or additional purchases!
Download the Ultimate Dragon Simulator to reign supreme over a world of medieval knights and legendary monsters as an all mighty Dragon!
If you liked living as a Dragon then you'll love our other animal simulators! Download our Ultimate Wolf Simulator and live a wild life in the forest, or turn the Ultimate Lion Simulator and become king of the savannah!
Give us a shout and let us know what you want to play next!facebook.com/glutenfreegamestwitter.com/glutenfreegames 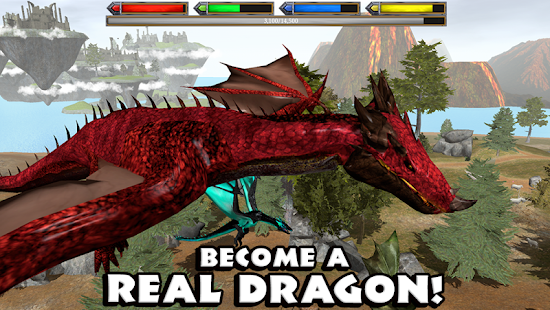 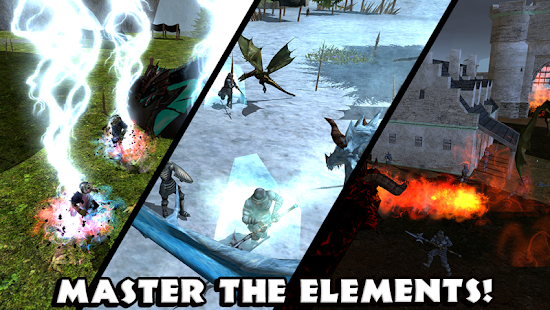 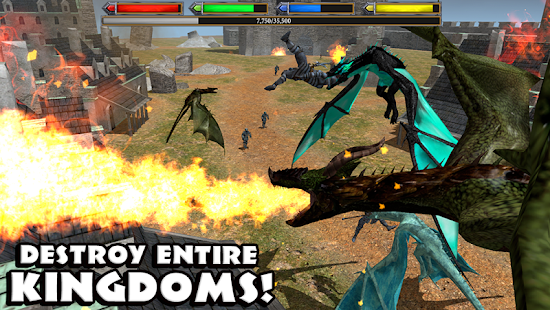 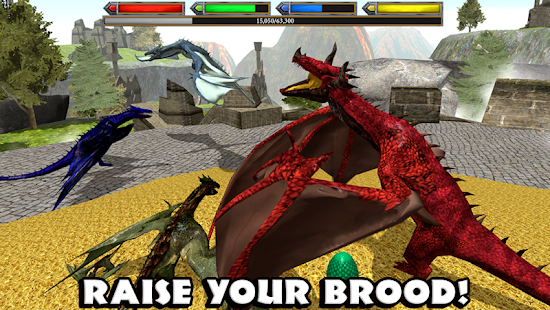