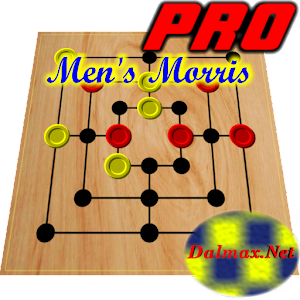 The classic Nine Mens Morris game, with many variants, both in the number of pieces and in the form of the board.You have to form row of 3 tokens to remove your opponents token.Start by placing your tokens in the board, and then move them, when one player has only 3 tokens he can move them in every place to make the game more funny in the endgame, anyway this option can be setted in the game rules, if you dont like it you can disable it.
When a player remain with only 2 token or cannot move, he lose the game.
The available variants of the game are:- 9 Mens Morris- 11 Mens Morris- 12 Mens Morris- 3 Mens Morris (and the flying related: "9 holes")- 4 Mens Morris- 5 Mens Morris- 6 Mens Morris- 7 Mens Morris
In each variant the option by which when a player have only 3 tokens can move them everywhere is selectable.
KEYWORDS: Mens Morris, Nine Man Morris, Mill, Mills, Merels, Merelles, Mérelles, Merrills, Mühle, Muehle, Mühlespiel, Molenspel, Jeu de Moulin, Smerelli, Tela, Merlo, Grissia, Grizia, Tavola Mulino, Mulinello, Tria 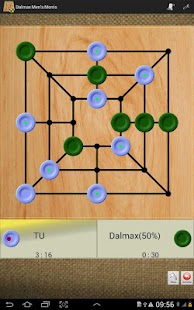 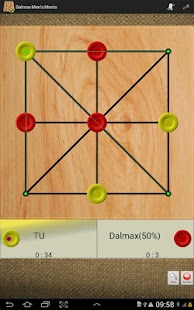 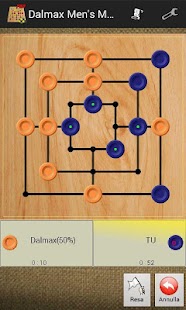 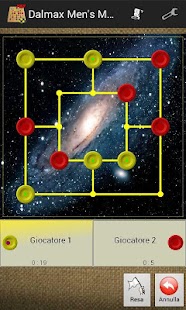