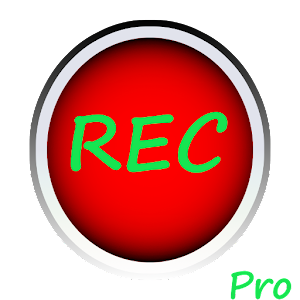 Calls are recorded automatically, with no intervention.Calls are recorded only within the memory space that you define.The app automatically manages your memory space during recording.Important calls can be saved.Recordings can be moved from the phone to the microSD card.Calls can also be recorded directly onto the microSD card.No ad !Try the free version first. If the free version is not working on your phone, the pro version will not work.To find the free version just enter : ipwebcom in the search engine.
Record your phone calls only if you want : Manual Recording is possible with a dialog at the end of the conversation.In this dialog, you need to explicitly select "keep the recording" otherwise the recording will automatically be deleted.(don' forget to choose the contacts which are recorded, in the app settings)
Lite version is limited to 2 minutes.Recordings can be saved either directly to the phone or to the microSD card.Recordings that have been saved to the phone, can later be moved to the microSD card.
Recordings are deleted according to the FIFO system (first in first out).
When the defined memory space is filled, the oldest recordings are deleted to make space for new ones. Only as many recordings as are needed to allow for new recordings are deleted.
Simply install the app and forget it! Then just open it when you need to listen to a recording.
When the application is not recording you will receive a notification.
Recordings can be locked so that the FIFO system won't delete them. Locked recordings must be manually deleted or unlocked to enter the FIFO system again.
The amount of memory space that you define determines the number of recordings that can be stored.
If the maximum memory space, you have defined, is reached and all recordings are locked, you will receive a notification to expand the memory space. If you fail to do so, no further recordings are possible.
If you already have an app that records your calls, there is no need to uninstall it ,simply disable it by (going to phone's settings).
Following installation and the first recorded call, your phone may ask you to allow Phone Call Recorder to access the call log and allow phone call monitoring (*). You must accept these two requests for the app to run.
The 'Lite' version is similar to the Pro version, but with recording time limited to two minutes. If you find the ‘Lite’ version is running well on your phone, you can upgrade anytime to the Pro version with unlimited recording time.The 'Pro' version allow also to save records to Google Drive and to One Drive.
(*) : Phone call monitoring refers to knowledge of the current state of the phone : on-hook, off-hook, idle, ringing.
Privacy policy: We do not collect personal information on users of the application.
Codecs supported: AMR_NB, AMR_WB, AAC, HEAAC, AAC_ELD with different sampling rates and bit rates.File format .3gp and ma4 (MPEG audio 4).Files can be played on your cell phone or with VLC or Apple QuickTime.E-mail supported : the phone's built-in email, as well as Yahoo,, Gmail, and, Outlook.
The app was tested on an emulator with various screen sizes, and Android versions Jelly Bean (API 16) to Lollipop (API 22).
This app was fully tested (including recording and microSD card performance) on the following phones : Huawei AscendP6 (API 17 version 4.2.2), Samsung Galaxy Core (API 17 version 4.2.2) and Sony Xperia E3 (API21 version 4.4.2).Additional information is available : www.ipwebcom.net 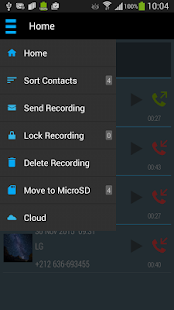 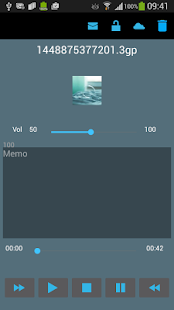 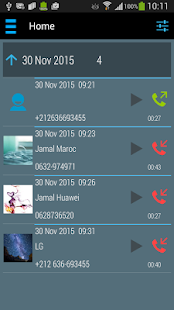 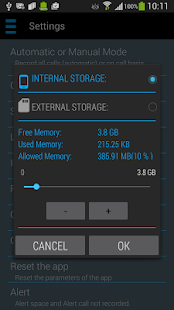