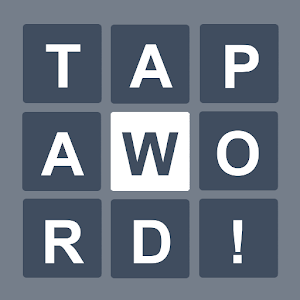 There are 9 playable languages in Tapaword! The playing board has nine letter tiles in a 3x3 grid. Tap the tiles to create words. The words must be at least three letters long, always contain the board’s center and each tile can only be used once. There is always at least one word that has nine letters. The tiles don't need to be adjacent. You get one point per letter except when you find a nine-letter word, then you get 20 points. MultiplayerYou start a match by challenging a friend or letting Tapaword match you up with a random opponent. Then you go three rounds each lasting two minutes where you try to find as many words as possible. The winner is the one with the highest total score after all the rounds are played.
Single playerHere you can challenge yourself. There is no time limit so take your time and find as many words as you can. To spice things up a little you can compare your result against everyone else who’s playing Tapaword. Each board has its own top list.
Features:Play as a guest, no need for registrationFriends listPrevious opponents listRandom opponent functionMultiplayer modeSingle player modeMultiple languagesTop listsChatGame statistics (Premium version)Pair statistics (Premium version)See opponents words after each round (Premium version)Ad free (Premium version)
Tapaword boards can be played in these languages:DanishDutchEnglishFrenchGermanNorwegianPortugueseSpanishSwedish
Follow on Twitter @henjoapps and Facebook http://www.facebook.com/henjoapps 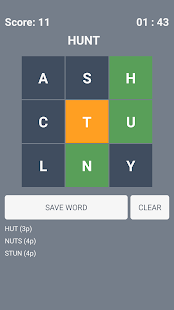 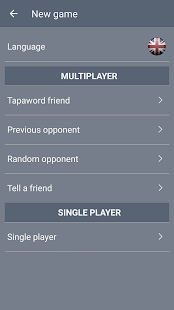 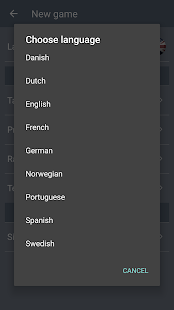 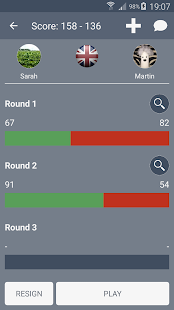