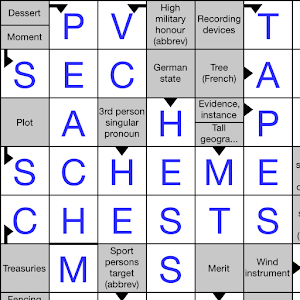 Arrow crosswords are similar to normal crosswords, but the clues are integrated into the grid.Advantages of arrow crosswords are:
• Immediately see the clue for a given grid position• No need to display a separate clue list, giving more room to display the grid• Much easier to scan the crossword at a glance• Larger number of crossovers, more reward for finding the answers• Most popular type of crossword in many countries
They are also known as Arrowords, and as Scandinavian crosswords.
Other Features:
• You can zoom in & out of the grid, and move around, making it possible to play larger grids even on smaller screens• Each new grid is generated on-the-fly by the app, meaning unlimited games to play• Many 1000's of clues, both straight and general knowledge• Very configurable game generator, allowing you to specify the grid size, grid type, clue types and the difficulty of clues/answers• Choose between US or UK English spellings• General knowledge questions tailored to your country (e.g. US, UK, Australia, Canada, etc.)• Allows you to generate crosswords tailored to your ability, nationality and device size• Ability to save and reload games, so several games can be played at the same time• Numerous aids in case you get stuck, e.g. validate word/letter, reveal word and even a built-in crossword solver to show potential matches• Can also generate grids using the more traditional British style grid. In addition there are Compact style grids, an unusual but very useful format, especially for small screens• Possible to play with your choice of English, French, German and Dutch clues and answers 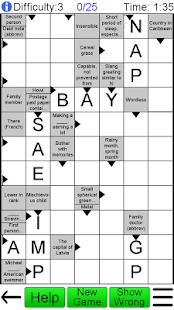 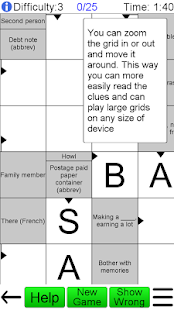 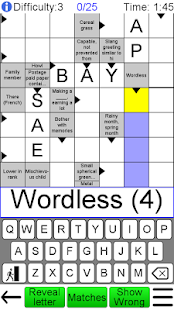 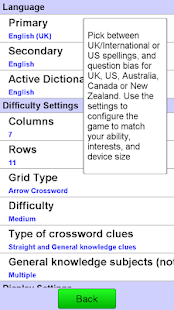